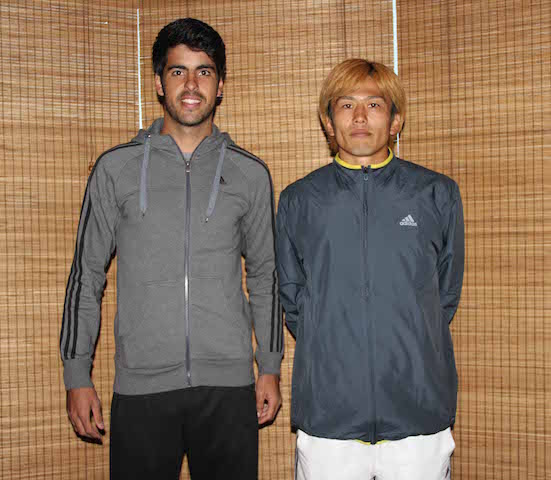 Fabio is an industrious forward who has played for 5 years in Japan from 2010 to 2014 and was playing most recently in his native country. The Brazilian has put pen to paper with the Reds and will the second South American to play for the Reds this season alongside Williams Souza.

Yusuke is a versatile Japanese defender who has played in Japan, Cambodia and most recently Laos. He is good with both his right and left foot and can also slot in the midfield if required. He can play with good aggression as well as read the game well and the Centre back has good experience with him

Both the players with excellent talent and experience with them were delighted to sign for the Club as they look forward to help Lajong achieve success this season.

” He also thanked the Club for all the help and is confident to help the team in every possible way this season.”

Yusuke expressed his delight and said,

“I’m so glad to have been able to become a member of Lajong. I’ll put my heart and soul into Lajong to win every single match.”

“Fabio will give Us more Height and Prowess Upfront and his Strong Work Ethics will Help the Team Defensively too. Though we are yet to see both Uilliams and Fabio pair in an Official I-League Match, they have been looking good together in Training. Both being Brazilians should help them and help the Team in the Form of Goals.”

“Yusuke has had an experience in Playing at Cambodia and Loas after leaving Japan. So We expect his Experience and Leadership to make Our Defence Much Stronger.”

Mohun Bagan, displayed a thoroughly professional performance at home to notch up a victory against bottom placed Shillong Lajong

I-League 2017-18: A 58% increase in in-stadia attendance seen this season
Previous
Next