#TFGinterview: I live with people who inspire and motivate me every day -- Babita Kumari

TWENTY-FIVE YEAR OLD bronze medallist at the World Championship and Arjuna Award winner wrestler, Babita Kumari has been an inspiration to many women in her state, Haryana, and also to the women of this country. 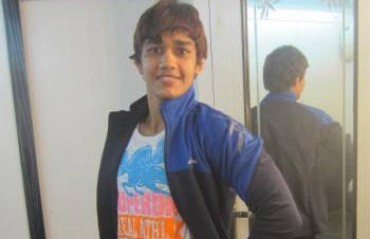 The decision of her father Mahavir Singh Phogat to encourage their daughters to become wrestlers has paid off positively. The upcoming Aamir Khan movie Dangal is based on Mahavir and his daughters.

Babita is one of the wrestlers who will be seen in the upcoming Pro Wrestling League.

She will be representing team UP Warriors in PWL and was bought for a sum of Rs 34.10 lakh. While she was in Mumbai for the promotional event of the league, TFG sat down with her for a quick chat.

Wrestling is in your blood because your family members are involved with the sport. Is that the main reason you chose to take up the sport?

Well, yes, that is true. My grandfather was a wrestler, my father was a wrestler too. We've grown up watching it and back then when we were kids, we didn't know what we'll be doing in the future. In 2000, when Karnam Malleswari got India a medal, all of us, including my father were watching it on television. That is when he decided that he could use his knowledge to encourage his daughters.

It will be foolish to ask you who inspires to keep you going, as wrestling is in your family.

It is true, I am blessed to have family like mine. For what I do comes from my family and the support and guidance I get, I don't have to go looking for it. People who inspire me are my family members, my father, my sister who are involved with the sport; so yes, I live with people who inspire and motivate me every day and I am thankful for it.

What are your expectations from the wrestling league, as it is a norm now that every sport has its own league. How will it help?

At present, it is believed that IPL is the topmost league in the country, but I believe and I am confident that PWL will grow and become bigger than what IPL is today.

What would you like to tell the fans of the sport or to the general public who may or may not be following the sport?

Wrestling is a game that is connected to our native roots, just like kabaddi. There are a number of people who like the sport because of that and it's not only Indians who follow the sport. Wrestling is watched and liked by many around the globe and I hope that wrestling always remains at the top and more number of people follow and support the sport.

In your team, you have a figure like Sushil Kumar. How does it feel that you will be sharing the same dressing room in PWL?

I feel blessed and honoured to be in a team where someone like Sushil Kumar who is an Olympic medal winner is part of the it. I would benfit immensely and I am eagerly looking forward to learning from a senior player like him. He is also the captain of our team, so it will be a great experience for me.

How has the support been from JSW Sports?

Their support has been really helpful and I am grateful to them, because when in need, like an injury or if I have to go for training, they are always ready for it with a solution. It has been a great help with the facilities they provide. It is of utmost importance and they take good care of all our needs.

Whether the first season of PWL is successful or not, will we still see Babita Kumari in PWL?

Yes, of course. As wrestlers, we were waiting for the league to start as there are leagues across different sports today. With this league now set to begin next month, I am ecstatic and also looking forward to it. It will also benefit junior players in the sport and bring wrestling to the forefront in the country.

#TFGinterview: I will focus on more ITF tourneys & junior Grand Slams in 2016: Mihika

#TFGInterview: Apart from his booming serves, Ramkumar working on his backhand & strength

#TFGinterview: Myneni's expectations have risen; wants to break into the top-100

#TFGInterview: TV viewership for tennis in India is second only to cricket: Vijay Amritraj

#TFGinterview: Got the game to go deep in Slams and climb up the rankings: Yuki Bhambri

#TFGinterview: Losing Robin is a blow but we'll give it our best shot, says Pritam Kotal

#TFGinterview: Best time of my life, says Rowlin, brushing aside not being picked by ISL

#TFGinterview: A long walk down roads unknown -- the dreams & adventures of Kean Lewis

#TFGinterview: My prior experience can help India win the U-19 title in Bangladesh: Sarfaraz Khan

#TFGInterview: Ashutosh turns 100 and it is time to "Respect the beard"

#TFGinterview: No pressure on away team from Kolkata crowd, asserts Denson Devadas