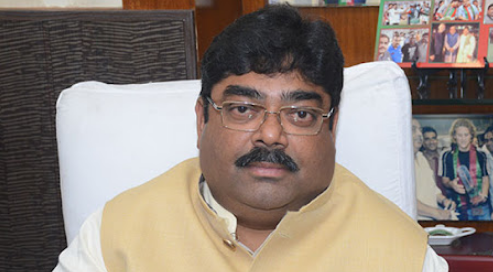 A much needed calming influence came from the Mohun Bagan financial secretary Debashish Dutta. He began his piece by stating,

"I will take only two minutes."

He prefaced his point by mentioning the club he was representing was 130 years old and was owned by members. That it had always been there to serve Indian football would always be there and that he was an elected representative of the members. Once the scene was set, he began,

"There was always a difference between I-League and ISL. And somewhere, somehow the AIFF has failed to bridge that gap... FSDL is [AIFF's] marketing partner. There are two leagues, ISL and I-League. For both the leagues, the marketing partner is FSDL. For both the leagues, the parent association is the AIFF. It is not that we are stepsons. We are two brothers of same father. But father, because one is earning little bit and one person is earning more money, so he is little bit tilting towards that brother. This is the only problem... What my friends Ranjit and Henna were trying to say, sir you started your lecture, that we have to see forward, we have to think bigger, we have to think professional. I am requesting you as well we have to think about both leagues, not separately the ISL. Getting the fixtures, making the broadcaster, finalizing everything... we have to give a professional look to the total football fixture... I am thankful to FSDL also that they have chipped in with the money which was required for football. They can go to cricket or other sports to put that money but they brought it to football and all the ISL clubs. Sir, as a 130 years old club, I feel that it is my duty to talk with them...  that how we can work together."

He addressed the AFC Secretary General,

"Sir, there is a person called Anand Mahindra... big industrialist. He was running a club called Mahindra United. Excellent club. Won the Federation Cup, won the I-League. But suddenly he thought that no I should stop it, it is not becoming a sustainable thing. One person called Samir Thapar, he was running the club called JCT. It won the first National League. They were doing very good things. One day they thought... I will stop playing. And they went away. With full regard and respect to us and all the I-League team owners... tomorrow they will feel that this is a losing project."

He then turned his attention to Mr Raghu Iyer, the CEO of ATK FC,

"What he was just now hinting that if I relegate, then what will happen?... Sir, Mohun Bagan will play any tournament. For us, runner-up is [akin to] number 10 position. We always play for championship. So the sporting criteria... should be determined. Every ISL club has to think how can they become the champion of the league. They should not think about relegation. That is my request to Raghu, always don't be so much negative thinking of relegation. Always think about the championship."

This piece of interaction was fascinating. We know now that KGSPL, the owners of ATK FC, were looking at purchasing majority stakes in Mohun Bagan's football division. The deal was finalized later, and ATK FC was disaffiliated. Mr Raghu Iyer was appointed as the CEO as the newly-rebranded Mohun Bagan team, ATK Mohun Bagan FC, where Mr Dutta also became a member of the Board of Directors. So it's quite possible that what happened at the roadmap meeting was actually a subtle nod between two soon-to-be colleagues.

"My request, sir, that they should be sustainable, the ISL. I request FSDL, AIFF, and all the clubs including I-League and ISL clubs should sit together and find a sustainable league... What you have explained, very good. But also we have to think that how this league can be a sustainable league. As well as I-League. Because there is no professionalism the way I-League is going on... nothing is happening... my request is that FSDL should take both the leagues, in a proper manner. The way they are running the ISL, they should run the I-League also in that way. Both the leagues should see the professionalism."

Then, he made a contentious statement,

This drew objections from multiple persons present at the meeting. Mr Dutta carried on, turning to Mr Bajaj,

"This gentleman, Ranjit Bajaj, his tongue is very bad... But what this gentleman is doing for youth football, nobody in this room is doing."

Mr Dutta now addressed the room at large to conclude his point,

When he finished, it was humourously pointed out to him that although he began saying he would take only two minutes, he had spoken for at least six to seven minutes.

Football: India beat Uzbekistan 2-0 in first U-17 friendly at Goa

Coach Monika: A Story from the Other Side of Indian Football

Olympic Qualifiers: Indian women in a group with Turkmenistan, Kyrgyzstan

I-League champions to be promoted to ISL, confirms AIFF in a historic announcement

I-League 2022-23 live on EuroSport and DD Sports, streaming on Discovery+

India go down to Saudi Arabia, qualify for AFC U-17 Asian Cup