Both AFC spots may go to Super Cup for one season 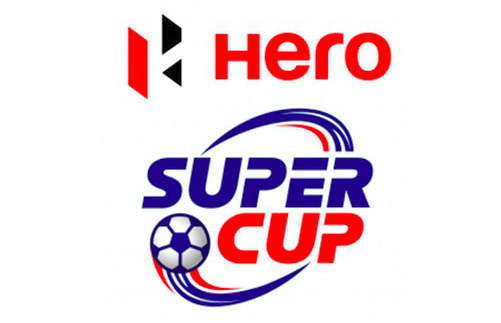 5. Both AFC spots may go to Super Cup for one season

If this suggestion is implemented it may become a major point of contention between AIFF and the I-League clubs.

The report suggests that I-League and ISL should continue to run in parallel for the 2018-19 season, but with a crucial change - neither league will be serve as a direct qualification path for the AFC club competitions.

The report suggests that AIFF should move both these AFC qualification spot from the two leagues to the Super Cup, where both I-League and ISL teams compete in a knockout format,

"ISL and I-League to run in parallel, in a non-unified structure, for one more season i.e. for 2018-19 season, with 10 teams each as now. This is only to be permitted by AFC on the strict condition that there is concrete agreement to the implementation of the Road Map for the unified system from 2019-20 season and beyond. If there is not, then there has to be a consequence, which we see as the removal of India from qualification for AFC Club Competitions. One reason for the proposal for the current system to continue for 2018-19 season is the restricted calendar due to the AFC Asian Cup UAE 2019, as well as allowing sufficient preparation and planning time for the unified league structure.

At the conclusion of 2018-19 season, the top teams (equal numbers from each, to be determined by AIFF) from ISL and I-League to play off for the Indian Championship title, and all 2020 AFC Club Competition places, as per Super Cup plan in “Road Map for Indian Football (16 May 2016)”. As stated above, 2020 AFC Champions League and AFC Cup places will depend on compliance with strict conditions to be set by AFC/FIFA with AIFF as set out in this Road Map."

AIFF had originally sought to move the AFC spots to Super Cup from the 2017-18 season itself, but backtracked after disagreements from some clubs. It will be interesting how a repeat of that proposal will be received by the clubs.

The other important nugget from this bit is that if the AIFF and IMG-R fail to arrive at an agreement in time to adopt a new league structure from 2019-20, Indian clubs will not be allowed to participate in the AFC competitions. So the stakes here are real.

But it won't be that hard to arrive at a consensus if the next point made in the report is anything to go by...

WATCH: India score a dozen goals past Bhutan at the SAFF U-20 Women's Championship 2023

Football: India beat Uzbekistan 2-0 in first U-17 friendly at Goa

Coach Monika: A Story from the Other Side of Indian Football

Olympic Qualifiers: Indian women in a group with Turkmenistan, Kyrgyzstan

I-League champions to be promoted to ISL, confirms AIFF in a historic announcement

I-League 2022-23 live on EuroSport and DD Sports, streaming on Discovery+

India go down to Saudi Arabia, qualify for AFC U-17 Asian Cup
Previous
Next