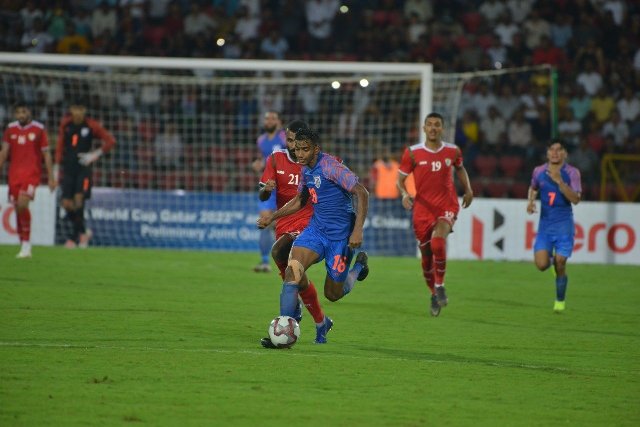 In the recent years, a lot  of noise was made; online and offline, about a few notable players missing from the national team camp. One of the first developments that Igor Stimac started was including some of those notable players being called for the national camp. Rahul Bheke, Jobby Justin, Brandon Fernandes, Adil Khan to state a few, were called up into the camp. The pool of players had a mixed bag of fresh players, returning players (even from retirement). Stimac surprised all by including players from the developmental national team as well.

In the tournaments prior to the World cup qualifiers, the effort to pull in those notable players has started to pay off. Narendra Gehlot, Amarjit, Samad and Brandon showed freshness and the next-generation face of India.

Come qualifiers time, with Amarjit injured, the midfield was expected to have fewer teeth for the offensive against Oman. Sahal Abdul Samad fitted the bill to get the start but Stimac surprised all by omitting him. Only after India kicked-off, the team selection made sense and, clicked beautifully.

Dsport to telecast Hero I-League for the next three seasons

Igor Stimac picks squad for Afghanistan and Oman away matches